“For certain people have crept in unnoticed who long ago were designated for this condemnation, ungodly people, who pervert the grace of our God into sensuality and deny our only Master and Lord, Jesus Christ.” (Jude 4) 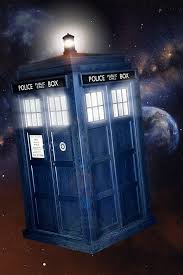 I have been a long-time fan of the old BBC show “Doctor Who.” For those who are unfamiliar, the titular character is a “Time Lord” who travels through space and time in a blue police call box in order to right cosmic wrongs. When the actor portraying the Doctor leaves the show, the character “regenerates,” allowing the show to continue on indefinitely.

Back in the 80’s, the show didn’t have much in the way of a budget for special effects, so the production was pretty campy, but the stories were well written and entertaining. Every Saturday night I would watch an episode with my dad just before bed, always left in suspense to see how the story would be resolved the next week.

A few years back the BBC began making new episodes of Doctor Who. The show started with great promise; exciting stories, good writing, and superb special effects – it was great fun. Over time, however, new show runners and writers, all who came with social and political agendas, made the show preachy and unwatchable. Now, the show has morphed so much it looks and feels nothing like the original.

In my last study from Jude, we considered the call to contend for the faith because it was under attack. In verse 4, we see where this attack was coming from: “Certain people,” Jude says, “have crept in unnoticed… who pervert the grace of our God into sensuality and deny our only Master and Lord, Jesus Christ.”

We have no idea who these “certain men” were, but we’ve seen things like this elsewhere in the NT letters.  Paul writes in Galatians about the “circumcision party” who had come to the church preaching a different gospel, which wasn’t even a gospel at all.  In the letters to the churches in Revelation, the Lord speaks of false apostles, Jezebels who promote immorality, and those who follow the teaching of Balaam.  From the very beginning, the threat of false teaching corrupting the church was immanent, and the church must be diligent in defending the faith from corrupting influences.

The warning of “certain persons creeping in unnoticed” must be heeded.  These were people who came into the fellowship of the believers, pretending to share their faith, but with the ultimate purpose of twisting and perverting the faith.  Jude says that they “perverted the grace of our God into sensuality.” When Paul rebuked the “circumcision party” in Galatians, he was confronting a legalistic movement that promoted salvation by works which denied the sufficiency of the work of Christ for our redemption, a gift of grace that we receive by faith alone. What Jude is dealing with here is the extreme opposite. This was an antinomian (“against the law”) movement that taught that once you have the gracious forgiveness of God, everything was permissible. Grace became a license for indulgence, immorality, and sensuality. In perverting God’s grace into licentiousness, these creeper teachers were rejecting the Lordship of Jesus Christ who calls His disciples to a life of obedience to His commands.

Unfortunately, this pernicious teaching still finds its way into the church today. Mainline denominations (like the PCUSA) allow for the ordination of practicing, unrepentant homosexuals and same-sex marriages, all under the auspices of “grace.” Their primary focus in dealing with these issues is the pursuit of civil rights and social justice rather than faithfulness to the Word of God and obedience to Jesus Christ. There has been such a creeping drift away from the Word of God that what’s left of the church is unrecognizable. Jude’s judgment is just a relevant today as it was back then, the creepers have snuck in and twisted the faith.

But as we take notice of how these corrupt teachings have crept into the larger church, I think it is important that we also be on guard against the creeping in our own hearts.  Have we allowed our own lives to creep away from the truth of God’s Word?  Are we guided and shaped more by philosophies and political movements than by the authority of God’s Word? What informs our worldview? Is our faith and practice ruled by God’s Word, or by what is expedient and quickly profitable?

Do we indulge in what we know to be sinful, all the while justifying ourselves in our own eyes. “I know that I’m forgiven, and that God will continue to forgive, even this sin that I’m about to do.” Beloved, “no one born of God makes a practice of sinning… (1 John 3:9).  We do not continue to sin so that grace may abound. By no means! How can we who died to sin still live in it?… Let not sin therefore reign in your mortal body, to make you obey its passions” (Rom 6:1-12).

As we contend for the faith, let us beware of the creepers; those who would sneak in to twist and corrupt the faith of the church, and those inward creeping passions of the flesh that would draw us away from our Lord and Master Jesus Christ.

As I did last year, today I post to comment upon my eager anticipation of the upcoming edition of Doctor Who.  For those of you who are still unaware, Doctor Who is the longest running Science Fiction show on television, ever.  Starting in 1963, the show ran until 1989, and then 5 years ago was revamped and it is better than ever.

Doctor Who centers around the mysterious Doctor, a Time Lord who travels in a TARDIS, which has taken the shape of a 1950’s blue police box – but the TARDIS is bigger on the inside than on the outside.  With his companions, the Doctor travels through time and space, continually saving humanity, and himself, from the impenting doom of monster, aliens, and other assundry threats to the universe.

I first watched Doctor Who with my dad, oh so long ago.  It became a Saturday

Evening routine for us.  The special effects then were horrible, just horrible, but the writing was exceptional.  My Doctor (whenever the actor playing the doctor leaves the show, the Doctor is regenerated…) was and will always be Tom Baker, but I was really impressed by David Tennant, and have been won over by Matt Smith.

Unfortunately, since I don’t get BBC America, I will be forced to watch this season through iTunes.  Not a bad way to watch it, I get to have the entire season on my computer to watch at any time, but I do have to wait a week to download it.  Oh well, the anticipation makes it that much better.

Here is the trailer for the upcoming series 6 – enjoy!